Florence – It’s been more than 100 years since Florence has seen all 20 of Joseph the Jew’s tapestries reunited and returned to the walls of the Plazzo Vecchio, in the room for which Cosimo de’ Medici originally commissioned them.

The 20 tapestries, depicting the life of Joseph, a famous biblical character who interpreted dreams, was commissioned in 1545 by Cosimo and designed by Jacopo Pontormo and Agnolo Bronzino. The series hung in the Sala dei Duecento in Plazzo Vecchio for more than 300 years before 10 of the 20 were moved to Rome in 1882.

Now, after extensive restorations, the tapestries are on a traveling exhibition, titled “Prince of Dreams: The Medici’s Joseph Tapestries by Pontormo and Bronzino.”

Before Florence, the tapestries made stops in Rome in January and then Milan in May for the Expo Milano 2015 Celebrations. The exhibition in Florence opens on September 15, 2015 and will remain until February 16, 2016.

Cosimo, the man who made the exhibition possible almost 500 years ago, was the great-grandson of Lorenzo the Elder. The region elected Cosimo head of the republic in Florence in 1537 after his cousin, Alessandro, Duke of Florence, was assassinated.

After elected, Cosimo was concerned with rebuilding the arts in Florence. He had the interior of the Palazzo Vecchio redecorated, and, as a part of that redecoration, commissioned Pontormo and Bronzino to design a series of tapestries that would depict the life of Joseph the Jew. These tapestries were to be hung in the Sala dei Duecento, or Room of Two Hundred, where the 200 members of the republic would meet.

Cosimo was fascinated by the story of Joseph. Joseph was a shaman, so he could interpret hidden meanings behind dreams. It was this gift, given to him as a result of his devotion to God, that allowed him to rise from slave to vizier, just under the Pharaoh of Egypt.

The 20 tapestries that now, once again, cover the walls of the Sala dei Duecento, move through the life of Joseph. They depict Joseph being sold into slavery by his jealous brothers, tempted by a captain’s wife, thrown into jail and then promoted to vizier after interpreting the Pharaoh’s dream and saving Egypt from seven years of famine.

The series of tapestries were woven between 1545 and 1553. After they were finished, all 20 hung in the Sala dei Duecento for over 300 years, until, in 1882, 10 of the 20 were moved to the Quirinal Palace, the official residence of the president of the Italian Republic, in Rome.

The process of restoring the tapestries began in 1985 and continued until January 2012. Throughout the entire restoration process, the only tools used on the tapestries were needle and thread in order to ensure no damage was made to the original tapestries.

The restoration and exhibition of the Joseph tapestries has been possible because of the cooperation and commitment from the President of the Republic and Mayor Dario Nardella. The restoration was funded by Cassa di Risparmio di Firenze and Gucci.

The exhibition will remain in the Plazzo Vecchio until February 16, 2016. Check the museum’s website for viewing hours. Tickets cost 2 euro. 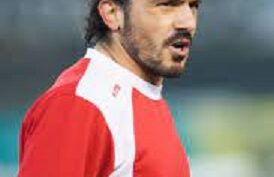