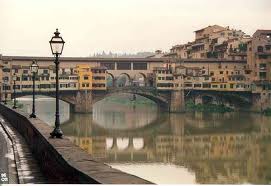 .Hanging from the balcony of the Palazzo Vecchio overlooking Piazza della Signnorina (Signoria) was a banner calling for the release of Scarlett (Rossella) Urru and Maria Sandra Mariani, two Italian women who were kidnapped and held abroad (Urru has since been released).The issue of violence against women was also a key talking point during the events. Most recently, there has been an increase of acts of violence against women in Italy, with 23 women killed as a result from the beginning of the year.Councillor Cristina Giachi, speaking in la Sala d’Arme of the Palazzo Vecchio at “Incantatrici d'Api: donne che hanno sfidato se stesse e il proprio tempo,” said that alongside the abducted women, there are many killed by a wrong idea of love, “an idea that is stupid and criminal.”Earlier in the day, tri-colored roses created by Antonio Marchese were planted in the Rose Garden, at the foot of Piazzale Michelangelo as a symbol of love as well as a remembrance of violence against women. The event, “Rosa. Donne d’Italia 150,” was attended by Mayor Matteo Renzi who said that it was an important day “but everyday should be. There is still no real equality and we must do more to liberate women who live under the shadow of violence.”It was a continual theme throughout the day that more should be done for women in Italy. Ornella De Zordo of perUnaltracittà said that March 8th cannot be considered a day of celebration “because there is nothing to celebrate for women in a society like ours… And there is not enough outrage that women continue to suffer every day, often in silence and indifference of public opinion.” She also underlined the “embarrassing disparity between the sexes which is evident in international rankings.”For the treatment of women, Italy is at 74th place in the world, behind countries like Cuba, Peru, and Vietnam (as per the Global Gender Gap 2011 report). Additionally, De Zordo said, Italian working women receive an average of 20% lower wages in comparison to their male counterparts and also suffer a higher rate of unemployment.Councillor Giachi similarly highlighted the lack of women who occupy senior positions in organizations. “They are the majority of the judges but only one-sixth of them hold top positions in the administration of justice; the majority of graduates with the best ratings but they are also the lowest number of managers of leaders in all fields.”Many women, Giachi added, are elected to munic1ipal councils but very few hold the office of mayor and almost never deputy mayor. However, Florence, she said, is “a happy exception as there are five women and three men in the Giunta.”In Italy and other countries around the world, women have made a great deal of progress toward achieving equal rights. Nevertheless, while Italian women can be proud that they were among the first to recognize International Women’s Day, as they give and receive mimosas, the flower chosen to symbolize the holiday, and celebrate women’s achievements, they must also remember to strive for the continuing political, social, and economic equality for all women in Italy and around the world.