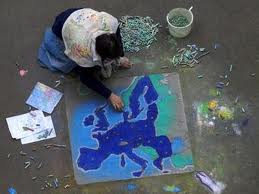 In a press conference last week, Renzi said “We are pleased to host the conference… It will be a valuable opportunity to understand European policies and how they concern us closely.”
“The two days will explore issues critical to our future, such as energy policy, the European problem of a governance policy, the economic and financial crisis that still shows its heavy impact on employment,” he added.

The two sessions on 9 May will be dedicated to the current economic situation in Europe and the European Union’s role in the world while the third and final meeting on May 10 will focus on European energy policy.
Florence has the unique opportunity not only to host the event but to cement its role as a leading city in Europe. So often the focus is on the Florence’s renaissance history that it is forgotten that the city (and region as a whole) is often at the forefront of current legislative issues—most recently, the Regional Council approved a medial marijuana bill, becoming the first Italian legislative body to take that step—therefore making it an ideal host city.

The State of the Union is created and promoted by the European University Institute and will take place in Palazzo Vecchio.

For the full programme, visit http://stateoftheunion.eui.eu/.