In Search of Lost Florence Reporting in English 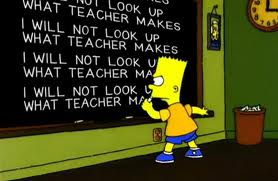 Eight years later, I arrived in Florence, my only knowledge of the Italian language being “Sere Nere” and the parolacce  I learned after years of watching Serie A football.  Everyone has their reasons for deciding to study abroad in Florence—the history, the food, the art, the language. I came because the opportunity for a new adventure presented itself and I could not let it pass me by. When I arrived at Pisa that brisk day in February, I knew my adventure had already began—my flight was supposed to land in Florence.

There are several articles that claim there is a lost Florence to be found. I have even heard it referred to as “fake Italy.” Obviously these people have clearly defined Florence to be one thing and an authentic Firenze is devoid of tourists, of foreigners. I spent a large part of my preparation reading these articles only to arrive and find that no amount of reading could have prepared me for what I found here.

My first impression of Florence was that the aforementioned articles were half-true. I spent my first month here exploring the Oltrarno, where I lived, and becoming a regular at several bars and eateries. That was my Florence, and it seemed authentic to me. It is true that there is a Florence to be seen away from the Duomo and I encourage everyone to toss their maps away and seek it. However, there is no denying that David is also Florentine and is worth a visit.

Secondly, Florence seems as if it is trying to find itself as much as we, foreigners, are trying to find it. It is caught between the demands of globalization and the millions of tourists it receives each year and staying true to what attracts the tourists here in the first place. Is it possible to have both without sacrificing a piece of itself?

I believe it can. For example, traditional events such as the Scoppio del Carro and Calcio Storico Fiorentino are meticulously planned and executed not for tourists (although they draw a fair share of them) but Florence itself. These annual evocations are, in my opinion, a way for Florence to relive customs that are integral to its history and character. Visitors can, nevertheless, do their part to ease Florence’s identity crisis by simply adapting to local customs.

Advice to students: Your first few days will resemble a nitrous oxide-induced euphoria. You will be lost most of the time and this may frustrate some of you, causing you to painstakingly reach for your map or Lonely Planet guide for solace. There will much to take in but lose the itinerary mentality. Things often do not go as planned (see: my arrival in Florence) but Italy is the land of dolce far niente, after all so relax.

Finally, I urge you to speak Italian. I owe much of my survival here to the language intensive course I received at Istituto Europeo upon arrival. Those of us who live around the historical center know that it is easy to get by without speaking a word of Italian, both a convenience and a curse. I have heard people complain about the dearth of English on menus all while looking for an “authentic” Italian meal. Although you will sometimes become complacent and fall into English-speaking patterns with fellow students, practice by striking up a conversation with the Italian at the table next to you and see how many Florentinisms you can pick up.

It sounds cliché but it took the simple act of biting into a truffle sandwich at Procacci for me to fall in love with Florence. Joan Didion wrote of her love for New York, saying “I do not mean ‘love’ in any colloquial way. I mean that I was in love with the city, the way you love the first person who ever touches you and you never love anyone quite that way again.” This is the way I feel for Firenze, and how most study abroad students will feel at the end of their semester or year-long stint.
And the thought of leaving my love?
“Fa male, male/Male da morire”*