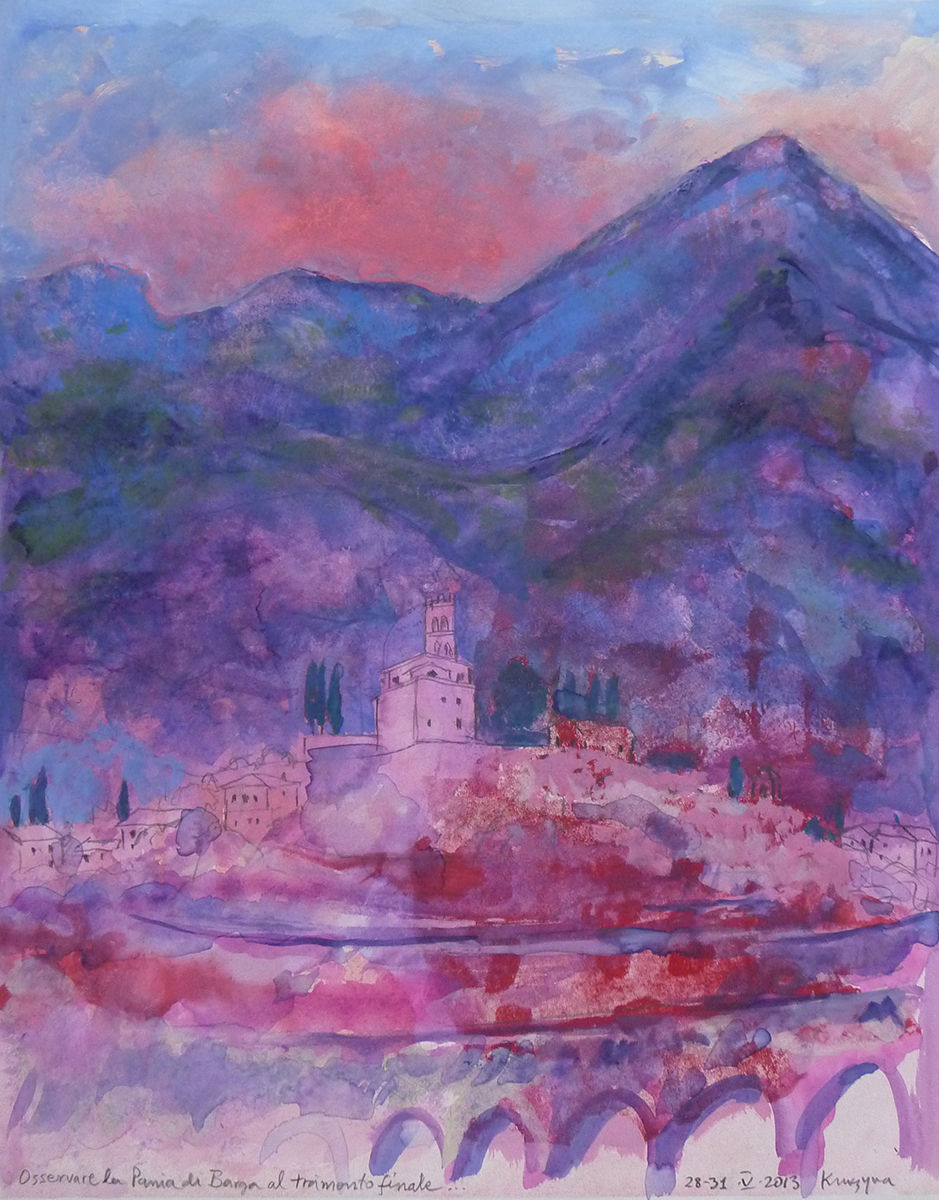 Nicholas Kraczna, who lives most of the year in the countryside of Colleramole just south of Florence, spends most weekends and every summer at his second home in Barga. To date, he has held 147 solo exhibitions in five continents, and although he is best known for his mythological themes (the Icarus series), musical inspirations (Stravinski’s Rite of  Spring), oneiric interpretations (Oneiric Carnival), and Commedia dell’Arte personages (the Marriage of Harlequin series), not to mention his renowned documentational photography of the 1966 flood of Florence for which he received the Fiorino d’Oro, for the past forty years Kraczyna has been creating images of his beloved Barga using a variety of media on paper.

One of Kraczyna’s best known works is a 1974 etching which depicts Barga as seen not from any particular viewpoint or angle, but deconstructed building by building and recomposed to create an image of how Barga feels. This feeling is obviously shared by others and has come to represent a collective consciousness of the town. Not only have thousands of posters been printed, but it has been used in various ways to promote events in Barga over the years. In addition, a large mosaic of the image decorates the wall of a local high school and smaller reproductions can be found on book covers, letterhead of the Comune, sports trophies, ceramic plates and plaques, and even the front of the can for Belio’s olive oil.

The upcoming exhibition will span the past forty years of Kraczyna’s profound personal, professional and artistic relationship with the town and its countryside. It will begin with the first black and white etching done in the summer of 1973 and travel through a panoramic journey of images dedicated to Barga and Giovanni Pascoli, ending with Kraczyna’s most recent images of Barga as seen through his oneiric vision in oil painting and mixed media. The exhibit will be topped off by a large multi-plate color etching of the same view that Kraczyna used for his black and white etching in Barga exactly forty years ago.