The trade show, organized by TTG Italia, was aimed at an international audience ranging from government bodies and institutions and cultural tourism, museums, foundations and agencies of events, the most important art galleries to service companies operating in the cultural sector, to educational institutions and travel agencies, with the goal of promoting and expanding cultural tourism, a segment that represents 50% of the reasons to travel to 30% of the total turnover of the sector.
The event lasted three days—the first was dedicated exclusively to professionals, while Saturday and Sunday were open to the general public. The fair was divided into themes that showcase destinations, offering cultural and artistic, major events, the "smart cities", the company services related to culture and the world of education.

The tagline of the fair was “the first event in the world entirely dedicated to cultural tourism.” This is a viewpoint that wants art and culture to be repositioned in the place they rightly deserve, or better, at the center, not only of debate, but also of the economy and people’s daily lives, not merely for intellectual reasons for the adoption of a certain position, but because the cultural, artistic, and archaeological heritage of Italy (and the same argument could be made for other countries) is an economic resource of primary importance.

The numbers speak volumes. Only in Tuscany, tourists seeking culture are 36 percent. In 2011 the presence rose by 4.9 percent (almost 16 million); arrivals grew by 5.8 percent (6 million). In Italy, culture and tourism together hold 10 percent of national GDP, with great growth potential in a world where cultural tourism moves more than 300 million people.

But then numbers do not lie, above all in the tourist sector. According to a recent study by the “Osservatorio Nationale del Turismo” (November 2011), “the trend is for shorter but more frequent trips throughout the year, a greater tendency to take ‘active’ holidays, the popularity of integrated themed itineraries (culture, eno-gastromony, events), and alternative ways of organizing a holiday linked to new technologies (mobile telephone applications, integrated cards, 2.0 web) mean that cultural tourism is one of the products which have escaped the crises of recent years.”

Data concerning the growth of this type of tourism in Italy is highly significant. The World Tourism Organization (WTO) adds that Italy’s ranking as the most sought-after destination in absolute values is confirmed thanks to its immense historical-artistic heritage, for its high levels of awareness at an international level, and the attractions connected to the values of Italian style. Culture is certainly one of the main reasons travelers from all over the world are motivated to visit Italy. According to the World Tourism Organization, Italy is the fifth destination in terms of arrivals from international tourism. The data from the Ministry of Arts and Cultural Activities indicate an increase in the first half of 2011 of 9.6 percent in visitors to state-owned cultural sites, reaching more than 20 million entrances compared with 2010.”

Yet despite all of this, institutions still seem to pay insufficient attention to art and cultural tourism. And in this respect, too, Art&Tourism shows a clear change in direction with respect to the past, since it is not only the first fair which is entirely dedicated to cultural tourism but also an appointment which can boast the support from many quarters, including important official institutions: the Present of the Council of Ministers, the Ministry for Regional Affairs, Tourism and Sport and the Ministry for Cultural and the Environment, the Committee of the Regions and the Region of Tuscany, and the Province and Local government of Florence.

The Medici city itself, world capital of cultural tourism, was not chosen by chance as the host of Art&Tourism, and this is one of the strengths of the event, which is also part of a wider discussion linked to the trends of this type of toursim. “The flows of tourists to our art cities,” emphasizes the WTO research study, “play a fundament role in the economy of those cities. Metropolitan areas, as well as small- and medium-sized cities focus on a renewal of their tourist and cultural offer when drawing up development models with the objective of attracting visitors and tourists. Findings from the Osservatorio Nazionale del Turismo, show that in first half of 2011 of the 15.6 million Italians on the move, 38.6 percent chose a destination of historical-artistic interest, either Italian or foreign, which makes it the top tourist product with an increase of almost one percentage point with respect to the same period in 2010.”

"We must shake off the provincialism and parochialism,” said Cristina Scaletti, “and work together to revitalize our economy and the country's image in the eyes of the world, I say to Tuscany, but goes for the rest of Italy. Art & Tourism will be an opportunity to revive Florence and Tuscany as an international trade fair and conference." 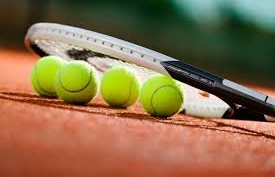