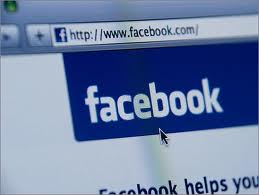 The 8-year-old company has come to define the social era of the Web, unlike any other site. Its value lies in its dynamic network of social connections and the massive amount of information shared by its users. In many ways, Facebook is a data processor, archiving and analyzing every shred of information, from our interests, to our locations, to every article and link that we “like.” The assortment of data is a possible success for advertisers, eager to better know and target consumers. Facebook is aiming for an offering that would value it at or near $100 billion, making it bigger than many longer-established American institutions, including Goldman Sachs and Ford Motor.

The filing shows how its dramatic run has turned the upstart into a formidable money-maker. The company, which makes the bulk of its money from advertising and the sale of virtual goods, recorded revenue of $3.7 billion in 2011, an 88 percent increase from the prior year. During that period, Facebook posted a profit of $1 billion, a fraction of the size of rival Google, which recorded revenue of $37.9 billion in 2011. However, many analysts believe Facebook’s fortunes will rapidly multiply as advertisers direct more and more capital to the website.  Some have suggested that the move is a sign that the innovation Facebook has become known for is slowing down, following in the paths of companies like IBM and Intel, casting doubt on the future value of the company. Whether this is the case is yet to be seen. Two things are certain. First, the stock will be valued at more than it's worth. And, secondly, the IPO will make a few people very wealthy—bankers, early investors, select Facebook employees, and Bono (yes, that Bono. $750 million richer, to be exact). Even the state of California is looking to cash in through income taxes according to its Legislative Analyst’s Office. However, the average investor is unlikely to get a single share prior to its trading debut.

In the short-term, the IPO won’t matter to the common man. Not unless Facebook decides to make more shares accessible to its 800 million users. But in the long-term, Facebook being a public company could have enormous ramifications. The convenience of having a private company is that you can run it however you want, focusing on long-term strategy instead of short-term gain. Public companies, inversely, do not have that luxury due to the accountability they have to their shareholders.

Such pressure could make a company as young as Facebook to lose sight of what made it so successful. And with its predicted earnings considerably higher than the actual figures, Facebook is looking for ways to grow quickly while still sticking to the unorthodox methods that made it a household name. For example, Bloomberg Businessweek reported last week that Facebook is revamping its search engine, which could help it take a part of the $15 billion search advertising market. It is a possibility, given its meteoric rise, that we may be looking at a different headline for Facebook in the coming years. Nevertheless, watching the company evolve has always been interesting. This will not be any different. Trading of the stock is expected to begin in May 2012.