The Road to Recovery: Tuscany’s Small Villages Reporting in English

Is it possible for a book to save Tuscany’s small villages from failing economy and dwindling population? To what lengths will people in surrounding regions have to go in order to preserve the history and culture of their weakening neighbours?

“Testimonianze: L’Italia dei Piccoli Centri” is a book created to put these questions to the ultimate test. Presented today at the Libreria dei Lettori, an extention of the Pergola Theatre, importance of what ambient charm Tuscany has to offer was highlighted, as well as the realities of its dwindling resources and population. As the regions between Florence and Siena become increasingly uninhabited, with loss of interest overall at an all-time high, the book sheds light on the necessity of  giving Tuscan towns the opportunity to flourish in a way that they may have been undermined before.

The easy readability of certain passages presented by an enthusiastic reader moved many audience members to tears. Everyone present listened to stories of the villages, historic backgrounds, and possible projections for their future. The intimate setting drew the collective profound feeling of bringing back life to what is otherwise not so lively anymore. The reading was backed with a photographic slideshow to add visual emphasis to the pictures painted by the empathic speaker.

With the economic fate of these small towns being in question, the book intends to kickstart the revitalization of the economy. Evoking emotion in locals may be the answer to evoking change in these villages’ otherwise dreary future. Each of the speakers did not fail to tug at listeners’ heartstrings with their selection of passages that evoked similar emotions within them. While the first part of the book is a more anthropological recount, the second part is more poetic and novelistic, and as a whole, the selected passages are sure to generate a resurfacing nostalgia in every reader.

Reviving entire communities starts with the people. Faith in what the communities can offer needs to be restored, but with a dwindling economy and population, it’s hard to remain positive. As the speakers highlight, “We cannot forget the cities that have a chance at modernity”, it is relentlessly clear that underpopulated Tuscany towns and villages demonstrate potential in modernizing the way major cities like Florence and Siena have. But people are hesitant to invest in these territories, and the impending doom of an economic crisis becomes inescapable.

The endless possibilities with the Internet can give these small towns “a new chance”, but that is just the beginning. The solution? According to the speakers, “maintaining organization, preservation and the will to survive”. But they need the funds to do so, and a book is just the start. The stereotype of these regions is in need of a significant remodel. “Bed and Breakfasts” are not enough to support the cracking foundation of the towns’ economy. They need a touristic revitalization. People seem to understand that without immediate changes and better protection for the future of these towns, it is doomed.

Truthfully, it might work. The stories emphasize the beauty that each of these towns houses, almost reinstating why it is important to replenish them without bluntly stating so. Clearly this book will do well because of how much of an emotional chord it is striking just by the reading. People were wrought with emotion at the words and personal stories being told to them. The stories of old friends moving to Canada, and family being far away, the evident difference between a once living town to one that has emptied out of its citizens, its charm, its draw; each of these factors make it clear that a book can, in fact, revitalize the peoples’ interest in recreating the reality of the Tuscan villages that they once knew.

The space between Florence and Siena has potential to become more urbanized. In order to remain traditional, it is important that these small towns do not follow suit with what their counterparts across the ocean are doing. While urbanization may go hand in hand with the ways of life overseas, part of Italy’s charm is the sustenance of traditional values and lifestyle. The vast regions between these two major cities can thrive by maintaining tradition while being completely revitalized, if only given the resources to do so.

The value of these towns is decreasing while their fragility is at an unfortunate peak. The book represents many different points of view, and many different experiences retold to illustrate what is happening presently to small Tuscan cities. Cities are losing access to necessities like water, which significantly lessens the possibility of citizens wanting to return.  It is nostalgia and empathy that will bring these regions back to life again, and it depends on inhabitants of surrounding cities who care too much about the history and culture of their country to watch it fade to dust. 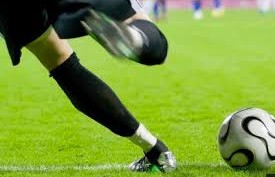