On July 1st, one of Italy’s most famous bands will pay tribute to the Tre Tenori through an unforgettable performance with Placido Domingo.

Il Volo, the Italian pop trio including Gianluca Ginoble, Piero Barone and Ignazio Boschetto, is an operatic version of the boy band phenomenon, One Direction. Their impressive vocals and melodious harmonies will be brought to a new, illuminating venue, as they commemorate the 25th anniversary of Italy’s largest, most renowned musical event of Tre Tenori with their event, “Una Notte Magica”.

25 years ago, Placido Domingo was one of three exceptionally talented singers who took part in this gigantic music event, alongside Jose Carreras and Luciano Pavarotti. Now, who better to commemorate the anniversary of this epic performance than Italy’s current most prized musical possession?

The band will perform in Piazza Santa Croce, backed by a full symphony orchestra and choir. Being a one of a kind event, they will perform a selection of well known arias, and popular Neapolitan and Italian songs, with Domingo conducting the orchestra throughout. They also plan to feature a few American hits, making sure to cover all of the musical tastes of locals, as well as appealing to a broad age range in their audience. While the Piazza has not housed any huge events like this in the past, the mayor ensures that it will be well looked after. He knows that the event will be extraordinary, and that it is also an extraordinary evolution.

The band members stated how this event will be a different experience for them than any previous performances. Knowing that their target audience has been a much younger age group, the performance will aim to target more adults as a result of the more traditional operatic inclusions.

Their aim with this event is to bring back to life one of the incredible events of the century with their music, and that is what they’ll do. They are obviously driven by their passion for moving listeners with their vocals and lyrics, as well as the dedication to keeping a traditional style of music alive, despite the many changes music, especially pop, have experienced over the past several years. They believe that it’s nice to see that this music can be passed from generation to generation, and if they can help it live on, they are fulfilling their role as true musicians.

Tickets for Una Notte Magica have been on sale online and at specific retailers since May 12th, and will continue to be until the show. 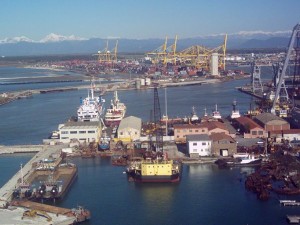