Waiting for the Pope Reporting in English 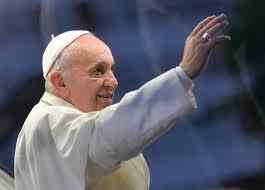 Florene – Florence’s political and religious leaders met on Friday to discus issues related to the Pope’s upcoming visit to the city in November.  This meeting was the second of four, leading up to Pope Francis’s visit. Representatives present at the meeting included, Dario Nardella, Mayor of Florence; Nunzio Galantino, Secretary of the Italian Bishops’ Conference; Sandro Gozi, Undersecretary to the Prime Minister for European Affairs; Annamaria Furlan, Secretary General of Cisl, one of the largest unions in Florence; and Giuseppe Betori, Archbishop of Florence.

The issues discussed at the meeting mostly centered around economics, and the current crisis in Florence, as well as Italy as a whole.  Betori spoke briefly at the beginning of the meeting, emphasizing Florence’s strong history. The Archbishop called for Florence to raise up with the same energy and philosophy that once gave birth to Humanism, and the idea that human beings hold a great power, even over doctrine and faith.  Furlan spoke of a need for Europe to unite over more than just money, and for Italy to follow the economic example of Germany.

The three points all of the leaders could agree on, however, was a need to increase professional training, money for innovation and scientific research.  There will be two more meetings before the Pope’s visit for the Fifth National Bishops Conference, to be held in Florence Nov. 9-13.