What Referendums Really Mean for Europeans Reporting in English 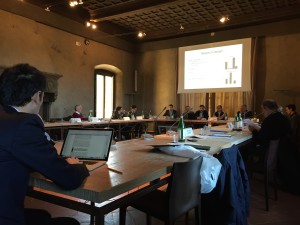 As referendums are playing an increasingly concerning role in our understanding of the European Union’s future, the European University Institute held a workshop at Villa Schifanoia to assess its implications, as well as how to better educate the masses on what they really mean.

Despite endless negotiations and changes that need to be made in order to coexist peacefully with pressing referendums, the reality of voting to stay in or leave the European Union goes to show that campaigns and efforts to engage audiences have proven to be ineffective. Many voters and EU citizens are not well enough informed to make decisions regarding their livelihood, the campaigns done by political parties are not coherent enough, and many do not know what they’re getting themselves into with casting a vote. The Roundtable Workshop not only addressed how citizens receive their referenda information, but the ways in which they will be affected, or already have been affected, based on what various countries’ representatives had researched and concluded. Across the map, representatives pointed out the many problems their countries are facing in conjunction with the most recent national referendums from Greece and Switzerland to the UK.

Each of the experts presented aspects of challenges that the referendums have had or will create in terms of the EU’s ability to tackle issues, in hopes of reaching collective ideas for softening the blow of referendums’ impact on European citizens. Professor Brigid Laffan, who directed the workshop, feels that the greatest suffering comes from the inevitable divide between those in favour of leaving the EU and those in favour of staying. In regards to Brexit, a staggering 52% of voters voted in favour of leaving, though an overwhelming amount of voters under age 45 voted to stay. Laffan considers the inability to reach a clear consensus in the population as one of the most urgent problems to tackle. “There is this divide, quite a deep divide, in our societies between those who are comfortable with the world as it is and those who are nostalgic for a different world,” she said. “That world can’t be found again, because it’s over.”

Laffan believes that with more referendums comes more national consequences, and while the European Union has served to protect its member countries through unstable regimes, historical conflicts and freedom for human rights, its unsteady footing in holding the union together is alarmingly evident.

“The EU is always destined to disappoint,” she said. “The EU struggles. It struggles to be responsive to the electorates, it struggles to deal with a very unstable external environment, it struggles with the control of the borders.”

Professor Richard Rose, who also led the workshop, believes that in order to keep Europe the way it is, the EU needs to take more action in the consensus. Referendums mean significant change, and based on the results, nearly half of all voting citizens are in favour of their countries remaining unaltered. The level of risk assessment increases until concrete options can be determined, which, in Professor Rose’s case, should be complete integration. Professor Wolfgang Wessels believes that tackling the consequences means that each member state should be left to their own opinions, and Professor Hanspeter Kriesi sees the concerning potential for “motivated reasoning” in voters, with their inability to see the realities of consequences based on their positioning in society. Overall, it is clear that the various scopes of understanding in controlling the problem require greater prevention efforts from both government and its citizens.

Ambassador Bobby McDonagh acknowledges that these efforts need to be taken more seriously, and that explaining the implications to citizens need to be done more effectively. What referendums truly do are reject populism and diversity, and increase the idea of inevitability of imperfection. McDonagh explained that “populism sells a myth that the EU promotes”, which goes to show citizens’ lack of understanding in how the effects impact their lives. Similarly, EUI Research Fellow Swen Hutter explained that citizens’ minimal access to understanding the referendums creates a skewed method of diverting attention to general EU issues often excluded from the public agenda.

Professor Ece Olsen Atikcan warns that voters are subject to paying too much attention to early opinion polls, as well as being misguided by campaigns. For Doctor Elias Dinas and Doctor Zsolt Enyedi both see negative consequences for international partners as a result of the referendums, and how it has significantly heightened fear of terrorism, xenophobia and racism, especially during campaign periods. The ways in which campaigns have been presented to prospective voters may have very well shaped their perspective of what political parties offer.

Doctor Alexander Hoogenboom believes that the referendums have a possibility of leading to wars and the creation of a “superstate” sovereignity. The divides in citizens’ votes for the Netherlands are a matter of economic benefit or loss, the ability to exercise voting rights, or possible corruption, all of which have the potential to be directed more effectively and cohesively to misinformed voters. Professor Andreas Auer believes that the referendum is scaring off potential companies from wanting to build and invest in Switzerland despite not being a member state, further reinstating the lack of education in what the consequences of the referendum truly imply. However, the clearest overall message of what’s to be expected with referendums was made loud and clear by the event’s leader, Professor  Rose, in his concluding remarks. 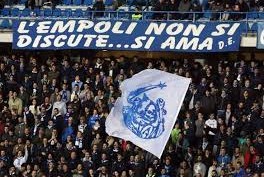